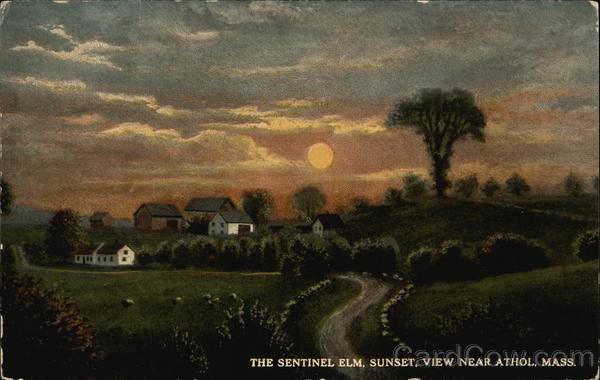 When I heard in church that Alice Gordon had just died, I was both touched and a little awed by her strength and longevity. Alice lived to the age of 96. Twenty years earlier in 2000 we’d met when she was in the process of selling her place, Sentinel Elm Farm, to a budding nonprofit, The Farm School.

Like many landowners Mount Grace works with, Alice was committed to permanently conserving the dairy farm, her beloved home since 1946, before it changed hands. Because of how much she cared for the land, Alice made what could have been a complicated and bureaucratic process easy. Simple. Straightforward. Pleasant. With Mount Grace’s plate full of many other projects already, I really appreciated it.

The news of Alice’s passing was announced by Clyde Perkins, Jr. who I mostly know as a woodworker at my husband’s former company, Michael Humphries Woodworking. That day Clyde also mentioned a cousin in the Waslaske family. Mount Grace also helped conserve Waslaske farmland in 2006. In both the Gordon and Waslaske projects Mount Grace partnered with the MA Department of Agricultural Resources (MDAR). Both places are now permanently protected by MDAR Agricultural Preservation Restrictions (APR), which in itself speaks to the importance of the farm resources they represent, not just to the local community, but to the state.

It seems that the historic Sentinel Elm Farm’s family tree includes Perkins. I knew Clyde’s aunt and uncle’s family owned the Perkins Dairy Farm in nearby Petersham. His connection to these other farms in Athol and Orange reminded me of the numerous instances in which one person’s connections branched widely across the region interconnecting many beloved places conserved for the benefit of us and future generations.

Alice was eager for a buyer to continue farming the land. The Farm School needed a permanent home to provide children, and later adults, with the experience of farming. The state had a backlog of APR applications. Mount Grace could “pre-acquire” the APR, so the farm could be protected before it changed hands and later sell it to the state. But that cost money. When I asked Alice if she could help by “taking back paper” to personally finance the pre-acquisition with a seller’s mortgage, she quickly said, yes. When I asked if she could help by not charging us interest, she quickly said, yes. At the same meeting, The Farm School agreed to pay the other costs of the land trust transaction. In short order the land was conserved and passed along to the next generation. One year later, nearly to the day, the state completed the deal and Alice got paid in full. Love is often at the root of conservation. Its thriving branches reach each of us in myriad ways when we work together.