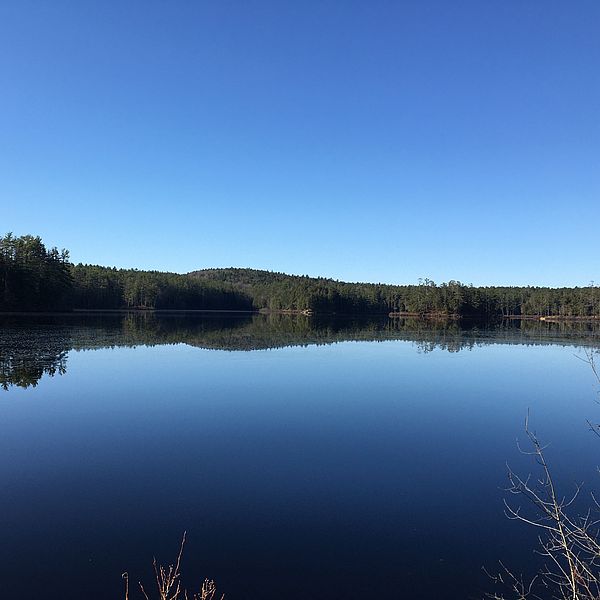 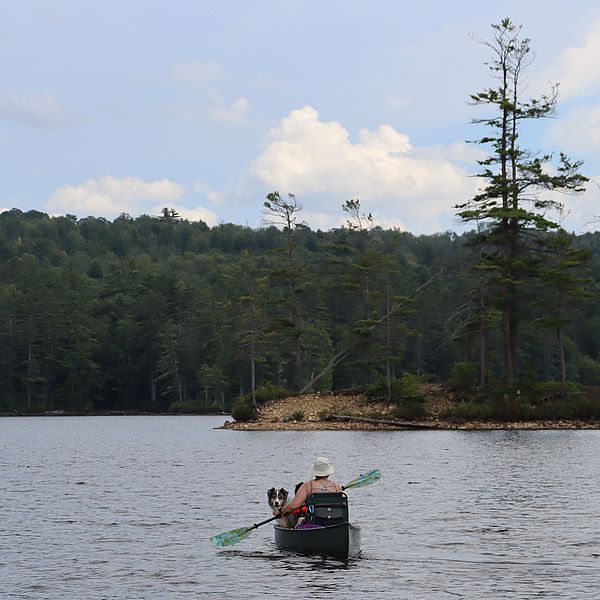 It’s been considered as a site for several different sized housing developments and later as a location for an industrial solar array, but today the 187 acres that make up the southeast shore of Tully Lake has been transferred to the Massachusetts Department of Conservation and Recreation (DCR) and will be protected as open space in perpetuity.

How did we get here? Therein lies a tale…

In the early 2000s this property had been slated for a 55-lot subdivision by owner Gregg Duquette and neighbors were concerned by the impact dozens of houses would have on the rural character of the lake—then as now a magnet for tens of thousands of walkers, paddlers, and lovers of nature each year.

The land slopes up from the lake, running south to connect to Lawton State Forest and touch on Mount Grace’s Skyfields Arboretum headquarters at its southernmost point. Most of the land is mapped on Massachusetts’ BioMap2—designating the most critical habitat for conservation in the state—and abounds with wildlife using the property to get from the protected lands around the lake to the state forest.

Over time, the stories and characters involved with these woods changed several times. After the Athol Planning Board denied approval for the subdivision the land was auctioned in 2015, but Mount Grace was outbid by new owner Ed Jardus. Ed and his brother Michael considered both conserving the land with Mount Grace or leasing it for a commercial solar array.

In 2020 the land was sold again and Mount Grace began discussions with the new owners, Paul and Jill Vento. This time conservation began to move forward swiftly. The Ventos, who live in the house on top of the hill, were motivated to ensure that the woods were permanently protected.

The property has been split, with the 18-acre house lot abutting a second lot of 187 wooded acres. After negotiations involving Mount Grace, the Ventos, and DCR, the partners agreed Mount Grace would pre-acquire the 187 acres for transfer to DCR. “Jill and I are so happy to have moved to such a gorgeous part of Massachusetts,” Paul Vento explains, “and we are honored to be part of the long effort to protect the beauty of Tully Lake. We are thrilled that these acres will be conserved for perpetuity.”

Today, after more than 20 years of persistence by Mount Grace and unflagging efforts by the whole community, this hillside serves as a monument to a community that would not give up on the land.

The trust’s Executive Director Emma Ellsworth summed up the new project saying “Tully Lake is one of my absolute favorite destinations, whether for an early morning paddle as the fog lifts or a late summer venture to one of the islands with my nieces and nephews to picnic, swim, and frolic. Protecting the wonderous feeling of escape and refuge of this special place is one of my proudest moments thus far at Mount Grace.”

This project was supported by the Community Foundation of North Central Massachusetts.